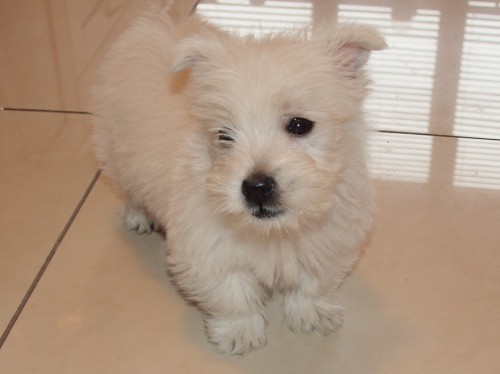 Meet Arthur.  He’s an 8 week old West Highland Terrier.  We got him on Friday and in the space of 4 days has managed to win our hearts and wreck our house!

There is a little story behind how we got him.  My husband John has always wanted us to have a dog.  Up to now I’d managed to put him off, as I know that no matter how much he promises to wash, feed and walk him, it would eventually become MY JOB!  We had agreed though that should we become dog owners, we would have a small dog.  We don’t have a large garden and even though I work from home, I am in and out most of the day so it would be unfair on a large dog cooped up all day.  Also it can be a very enjoyable experience walking your dog on a balmy summers evening, but not so much fun in the wind and sleet and rain of winter!

Anyway, back to how we became parents!  Last Saturday week my husband was at the train station waiting for a train to take him in the city centre.  On the opposite platform was this little Westie who appeared to be on his own. 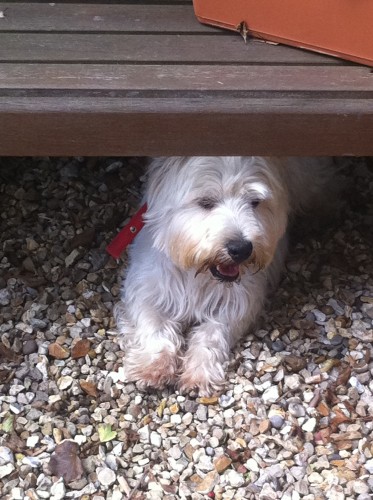 As John was looking around for the owner, the little guy jumped off the platform and onto the train tracks.  John and another man jumped down to pick him up before the 4:05 from Maynooth got to him first.  He looked scared and lost so John brought him home and the search for his owners began.

We put up notices on Facebook, Twitter and on the on-line lost and found pet websites. John then went down to the local shops to put up a poster.  As he was there he began chatting with a lady collecting for the dog charity “PAWS” when this man approached asking had they seen a little white Westie. 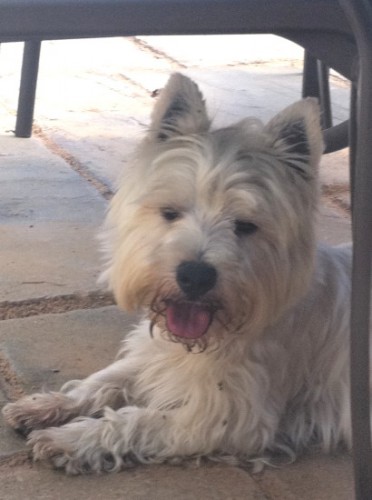 Turns out the couple were minding him for their friends who where away on holiday.  He was out in their back garden and managed to furrow his way under the fence.  Which explains his dirty face.

So Buddy was reunited with his babysitters and I’m left with a pining hubby who is once again on the mission for a puppy.  Now if I’m honest, the little guy had torn at my heart strings too so I agreed we would “consider” getting a little buddy of our own.  Our first stop was the local pound and The Dogs Trust.  However all the dogs there were bigger dogs and also as Johns niece of 6 and her little 10 month old brother often visit, it was important we find a dog who was good with children.  Our search led us to Enfield and to Arthur.

It was love at first sight.  From the moment we walked through the door, I was pretty sure we weren’t going home without him.  So after a brief chat with his owner, we put Arthur in the car and took him home with us. 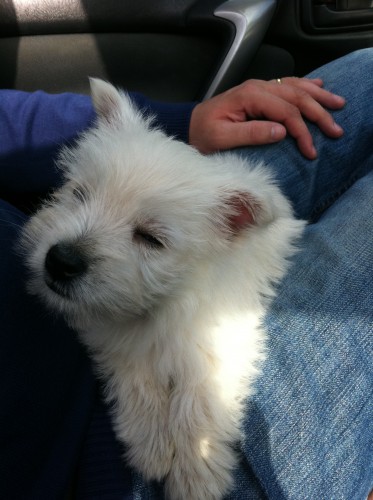 As you can see it didn’t take him long to relax and settle in.  This photo was taken in the car on the way home.

Arthur settled in fairly quickly once we got home and began “christening” pretty much every room he could find 🙂  Actually that’s not fair to the little guy as he is already used to going on the puppy mat and is even learning to go outside.  I however, still feel a bit of a fool standing in the back garden, citing “go potty” over and over again!  🙂

I promise I will not turn into one of those “my child is the best child EVER” kind of mummies, but I can’t resist sharing some pics of the little guy with you. 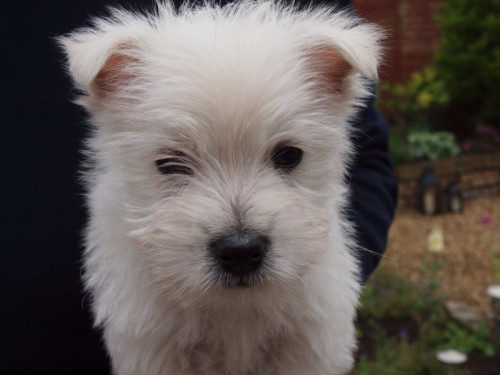 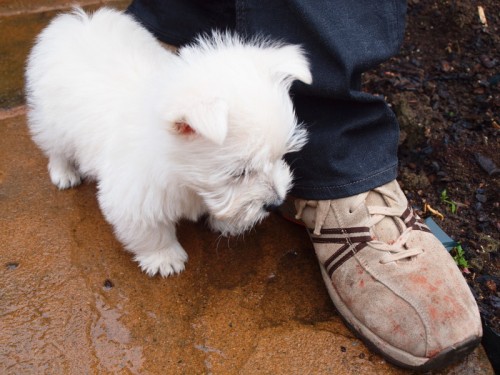 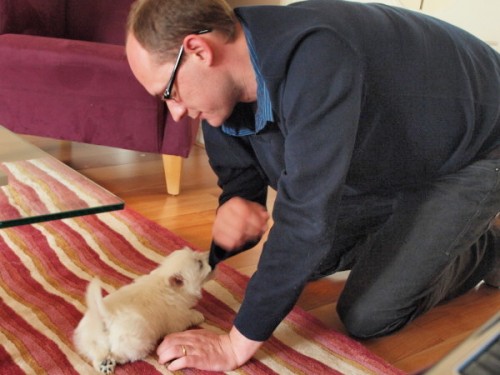 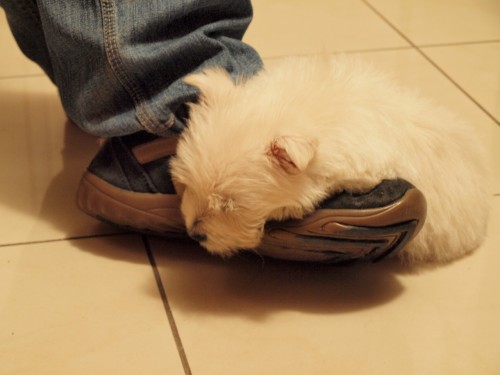 Can you blame me?

My name is Karen Hughes and I'm an Interior Designer from Dublin, Ireland. I’m passionate about design and I started this blog as a way to connect with others just as passionate as myself. I tend to ramble on about all sorts of things, projects I’m working on, people, places and things that inspire me (and some that don’t). So put the kettle on, get comfy and settle in. I hope you enjoy your visit and don't forget to say hello. Visit my website to find out more about my services and view my work.
View all posts by Karen →