Judging by my twitter feed and facebook page over the last couple of weeks, you could be forgiven for thinking that this blog is about football and not Interior Design.  Well believe it not I’m a bit of a closet footie fan and Ireland had just managed to achieve something they haven’t done in 24 years….. they qualified for the 2012 EUFA European Football Championship.

Mind you, the team didn’t manage to do a whole lot once they got there!

But I don’t want to talk about the team and their very disappointing performance.  I want to tell you about the fans.  The 45,000 incredible supporters who followed their country to Poland and who were a credit to their nation.

This years tournament, hosted by Poland and the Ukraine has been blighted by allegations of racism and violence between rival supporters.

And then the Irish arrived!

Not letting something like the economic downturn or the IFM deter them, the party started early in Dublin Airport. 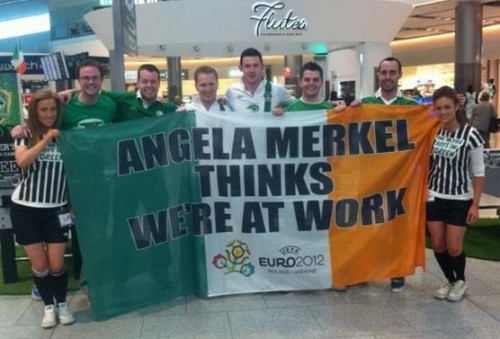 This flag is now probably one of the best known flags at the tournament.  It even made the front page of Bild Germany’s best selling newspaper.

They travelled by planes, trains, and camper van and they transformed the Polish city of Poznan into a sea of green. 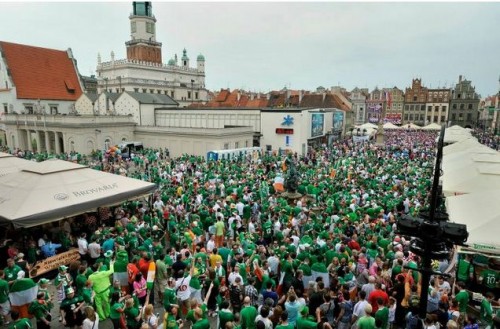 The Irish fans touched the world with the cheerfulness, their banter and their incredible loyalty to their team.  But mainly for that momentous 6 minutes at the end of the Spain game.

In case you haven’t heard it, Ireland were beaten 4-0 by Spain (who in our defence are the world champions)  But rather than leave early and berate their team, they belted out a 6 minute rendition of The Fields of Athenry.  Apparently commentators on German, Spanish and Dutch TV deliberately didn’t speak during the singing such was the emotion. Of course there was one Irishman who wasn’t too enamoured with their beheaviour… but then he’s used to walking out before the end so we’ll pay no heed to him.

Twitter was alive with videos and photo’s of the Irish adventure with the hashtag #coybig trending all week.  (In case you have been living under a rock it stands for Come On You Boys In Green. 🙂 ) 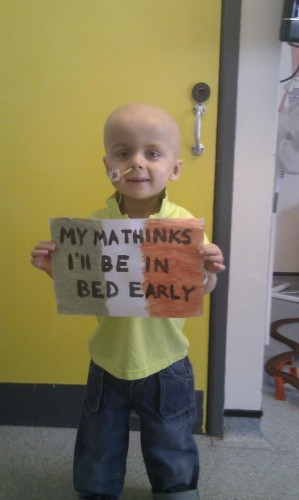 Young and old got behind their team and none were more excited that wee Oscar Knox a little 3 year old lad from Belfast braving fighting high risk Neuroblastoma (an extremely rare and aggressive childhood cancer).  Oscar was not going to let stupid cancer keep him from staying up to watch the match.

One of the funniest videos I’ve seen is the fans singing Stand Up For The Boys In Green, orchestrated by an fan with a megaphone.  Seriously…. who brings a megaphone with them on holidays? 🙂

Of course there’s always one trouble maker and the visit was not without some violence! 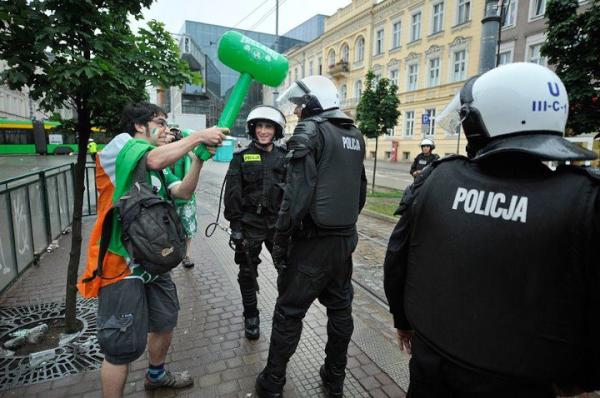 Sadly our tournament was short lived and it was time for the Irish to return home.  But what better compliment can a country have than their hosts bidding them a fond farewell. 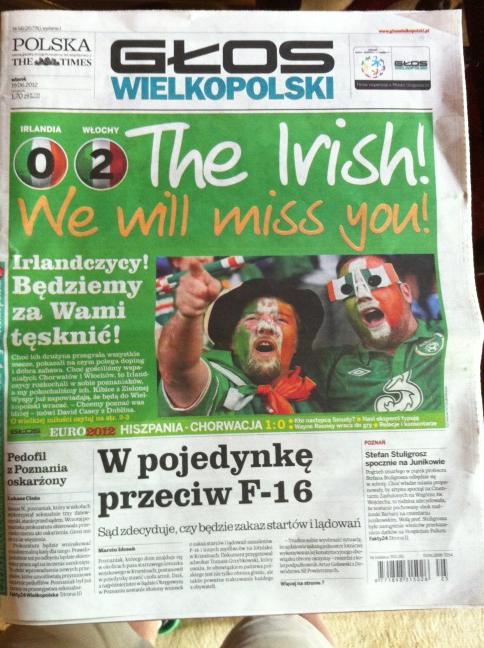 The people of Poznan even threw a goodbye party for the Irish Fans! 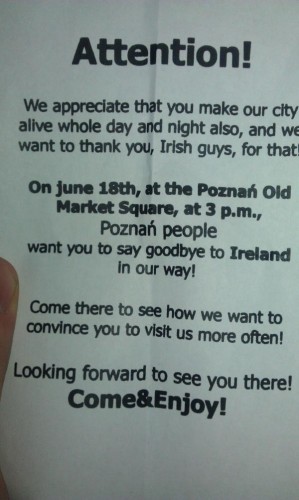 Unfortunately this story has a very very sad ending.  James Nolan a young 21 year engineering student from Blessington in Co Wicklow became separated from his friends on Saturday night in the town of Bydgoszcz where they had been watching the Poland-Czech Republic game.  His body was recovered from the river 4 days later, only 300 metres from the bar he had been in with his friends.

A small consolation to his family is that his death was a tragic accident and thankfully James was not a victim of foul play during his final moments.  His death has deeply effected many Irish people.  Many of us had either a husband, brother, son, daughter, partner or friend at the tournament and but for grace of God it could have been any one of them.

I would like to take this opportunity to extend my heartfelt condolences to James’ family and friends. May he rest in peace.

My name is Karen Hughes and I'm an Interior Designer from Dublin, Ireland. I’m passionate about design and I started this blog as a way to connect with others just as passionate as myself. I tend to ramble on about all sorts of things, projects I’m working on, people, places and things that inspire me (and some that don’t). So put the kettle on, get comfy and settle in. I hope you enjoy your visit and don't forget to say hello. Visit my website to find out more about my services and view my work.
View all posts by Karen →